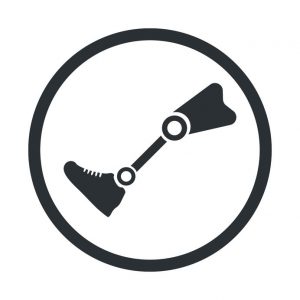 I feel blessed to be doing the work I do. I love it because every person is different, with a different story, and different experiences. I look back on my week and several people come to mind.

I sat with a man that was diagnosed with metastatic throat cancer, that had metastasized to his tonsils and lymph nodes. And with courage he said, “there is not any way this is going to get me, I will do whatever it is I need to do. I make my decisions based on this: how much time will I have to live the life I want. This is not about winning the war, this is about winning the battle.”

I looked at him and said, we are partners, and that is the exact attitude I would want of a partner.

Later I induced a young woman who was ten days past her due date. With the father of her baby sitting next to her, excitedly they talked about the coming birth of their baby girl.  As I rolled up her pant leg to begin treatment,  I saw a very thin right leg with enormous scarring. She explained to me she was diagnosed with osteosarcoma (bone cancer) as a teenager, which cost her the tibia and many of the muscles in her leg. Immediately she went right back to her giddy excitement about welcoming her daughter into the world. Even though she had experienced the trauma of a cancer diagnosis, surgery and chemotherapy, I couldn’t help but notice that she is not defined by the story of her cancer, it is something she had left behind her.

I sat with another woman who has a ten year old son that plays Little League. She sat on the table and explained to me that she had been born with a genetic defect in her leg. At her birth her leg was two inches shorter, she had 3 toes,  her fibula was extremely thin, and she was missing many of the muscles to walk with a normal gait. She explained to me that when she was 11 years old, doctors did a controversial procedure where they broke her leg, put screws into the bone both above and below the break, and every day they turned the screws to increase the space between her bones, with the hope of adding 2 inches to her leg.

They had to replace the screws three different times because they broke or became dis-lodged. For 11 months she endured agonizing pain. Unfortunately her bone only extended 3/4 of an inch and healed with a bubble, which made her bones fragile and excruciatingly painful when she walked. She limped her way through life, with extreme nerve pain from the screws that once pulled her leg apart; eventually she could no longer walk.

As she told me her story, every few minutes she winced with nerve pain. She asked if she could swing her legs up on the bed, and I realized for the first time that her damaged leg was now a prosthetic. I had no idea, she hadn’t said a word.

Together with her loving husband, eighteen months earlier they were faced with a difficult choice, to be completely immobile because of the excruciating pain or to amputate her leg. It was the most difficult decision she had ever been faced with, because even though her leg didn’t work, it was still her leg. Her husband encouraged to go ahead with the amputation because her life was so limited. Because of the love of her son, because she wanted to be able to walk across the grass to watch his games, she made the courageous decision to go ahead with the procedure.

I am often in awe at the courage I see every day. I feel profoundly blessed to be in the presence of people that live their lives with the courage of a lion.

Courage does not always roar,
sometimes courage is the quiet voice
at the end of the day saying,
“I will try again tomorrow.”