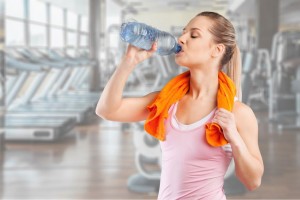 Why is sweating one of the most impactful things you can do for your health?

One of the most important organ systems in the body that is often overlooked and greatly impacted by sweating is the lymph system.

I often explain to patients that the lymph system is comparable to a gutter, it is a critical system that gathers excess interstitial fluid that leaks from the vascular system and basically eliminates sludge from the body, kind of like a sludge way. Interestingly, this system is not under pressure like the vascular system and is dependent on things like gravity, muscle contraction, pressure change, and respiration to function properly.

We have twice as much lymph as blood in our bodies, and twice as many lymph vessels as blood vessels. If the lymph were not functioning properly, our bodies would blow up like a balloon full of fluid.

When the lymph system is not functioning properly, waste products hang around far longer reducing its’ ability to remove things like dead cells, toxins, heavy metals, allergens etc.. In other words, toxins accumulate and sit within the system creating a toxic waste dump.

It is not surprising that Lymphoma accounts for 51% of the diagnosed blood cancers in 2014.

In my opinion Lymphoma is increasing at an epidemic rate.

Sweat, lymph and detoxing your body

One study published in 2011 in the Archives of Environmental and Contamination Toxicology explained there is more than one way the body to eliminate harmful toxins: “Toxic elements were found to differing degrees in each of blood, urine and sweat. Serum levels for most metals and metalloids were comparable with those found in other studies in the scientific literature.

Many toxic elements appeared to be preferentially excreted through sweat.

Presumably stored in tissues, some toxic elements readily identified in the perspiration of participants were not found in their serum. Induced sweating appears to be a potential method for elimination of many toxic elements from the human body.”

One highly toxic chemical found in most Americans is Bisphenol-A (BPA), a hormone disrupting plastic additive that is used in food packaging, particularly the lining of most food and beverage cans. Researchers are finding it in sweat, even when it has not been detected in blood or urine.

In animal studies, exposure to this chemical early in life is associated with pre-cancerous changes in the mammary and prostate glands, altered development in the brain causing behavior abnormalities, reproductive abnormalities like enlarged prostate, low sperm count, and abnormalities in the number of chromosomes in eggs.

Isn’t it shocking that unless packaging says ‘No BPA’, both you and your children are being exposed? Understanding this is motivation to never give your children a can or plastic bottle of soda ever again.

Keeping your lymph system healthy is simple and inherently important.

To maintain optimal health I recommend patients sweat at least three times per week, and I recommend three ways to sweat. The best way by far to impact your lymph system is physical exercise with induced perspiration. You get the benefit of aerobic exercise, the benefit of muscle contraction and the benefit of sweating.

Also beneficial are infrared saunas and magnesium baths. I recommend 30 minutes in an infrared sauna, or a 10 – 15 minute sweat in a hot bath with 2 cups of Epsom salts.

If you have questions about how acupuncture can help you, or you’re ready to schedule your first appointment, please call me (Marnie) at 503-282-5666.